The churches: the value of faith in Malta

0
Unmasking love behind the scenes
07 July 2017
Churches
The churches: the value of faith in Malta
June 23, 2017 by MALTA EVENT DESIGN in Churches

In Malta, the inhabitants use to say that there are enough churches to visit one each and every day of the year. It seems like the Roman Catholic religion is everywhere and you should see the Virgin Mary and other statues in front of many Maltese houses.

While visiting Malta, you will be surprised by the number of baroque domes you will see from the sky. Let’s guide you to find the best churches you could get married in!

Here are our Top 5 of the best churches to get married in Malta! We hope you will find your delight! 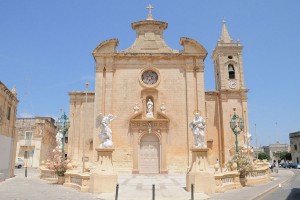 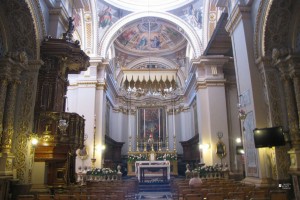 Hal-Balzan is one of the ‘Three Villages’ together with Attard and Lija. It is located in the centre of the island. Furthermore, as many other villages in Malta, Balzan has its name coming from Sicilian.

Since its origins, Balzan became the host of ‘refugees’. Indeed, as from the times of the Great Siege up to World War II residents from Valletta and the Three Cities found refuge in this village to escape the battling. Ħal Balzan became a parish on August 14, 1655, and the old church of the Annunciation became the Parish church.

In December 1669 the work started on the building of a new church and 4 years later, part of the building was already in use. Although the works continued till 1695. The cupola, decorated with paintings of the four Evangelists, and the unique altar in carved wood and marble columns are the highlights of its interior. 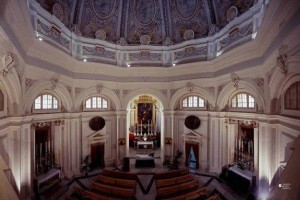 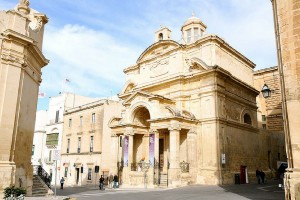 Valletta is the capital of Malta, as well as the capital of culture of the European Union in 2018. It is located in the South Eastern region of the island. The City was born when the Knights of St. John arrived in 1524 and 50 years later becomes the Capital.

The whole city is considered as UNESCO World Heritage Site with its Baroque, Neo-Classical and Modern elements. This church was designed by the Maltese architect Girolamo Cassar for the Italian Knights and is adjacent to Auberge D’Italie. It was built in 1572.

The paintings are the work of 17th century by the Italian Baroque artist Mattia Preti who also was responsible for the transformation of the interior of St John’s Co-Cathedral. In 2011, the main cupola in the church of St Catherine of Italy in Valletta has been restored to its former splendour.

3. Sanctuary of the Blessed Virgin - Mellieha 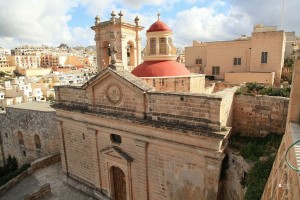 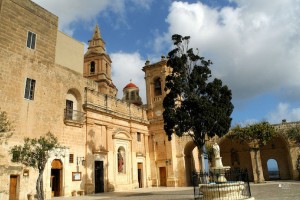 Mellieħa, a large village in the North West of Malta, was one of the ten parishes mentioned in 1436. Unfortunately, it ceased to be a parish when the locality was no longer inhabited. In 1844, Mellieħa became a parish again and developed during the British Empire which encouraged people to live there. Nowadays, Mellieħa is also a tourist resort, popular for its sandy beaches and natural environment.

As one of the first ten parishes, this sanctuary is the oldest Marian Sanctuary in Malta. In the year 409AD, the Bishop dedicated the chapel to the Nativity of the Virgin Mary.

In the days of old, the pilgrims came to this hidden place and sought the help of Our Lady. Nowadays pilgrims from all over the world still come to visit it and listen to the word of the Virgin. 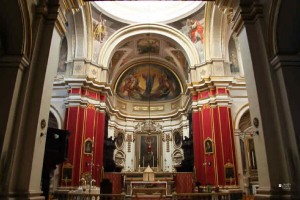 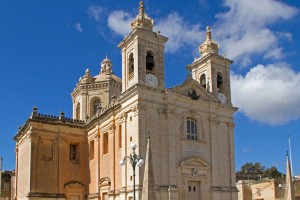 Lija is a small village in the Central Region of Malta. It forms part of the ‘Three Villages’, along with Attard and Balzan. Lija has a baroque parish church and seven other small chapels. Ħal Lija became a parish on February 1594.

The church is currently undergoing an extensive restoration project in order to save priceless artwork and Cali paintings that are found surrounding the church’s ceilings. The façade of the church contains giant order flat pilasters raised on high plinths that subdivide it into three bays with the central bay comprising of the main entrance and a large rectangular window opening on the upper level.

The plan of the church is laid on the Latin cross with a three-bay nave without side aisles and with shallow side chapels that are set within the wall thickness. 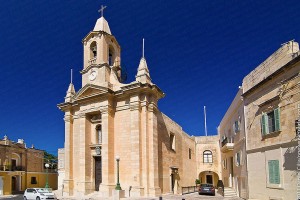 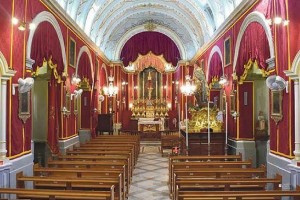 Saint Julian’s is a village in the Central Region of Malta. Paceville, Ta’ Ġiorni, St Andrew’s are the different districts that subdivide the town. Saint Julian’s is one of the towns that receive the main affluence of tourists in Malta, especially during the summer months.

There are mostly tourism-oriented businesses, such as hotels, restaurants and nightclubs, mainly in the Paceville’s area. There was a church on St. Julian’s heights before 1580, but the present church dates from 1682. In 1848 it served as a subsidiary parish church and in 1891 it became the parish church of the locality until the present parish church was built. In recent times the Lapsi church, as it is popularly known, became too small for the people living in St. Julians and in 1961 a new church was built and opened for worship in 1968.

While looking for a venue for your ceremony, you have to get involved. That is why both design and history of the churches are important.

MALTA EVENT DESIGN can help you to find the church that represents you as a couple. Let’s get in touch and look for your dream day together because we believe It’s all about you! 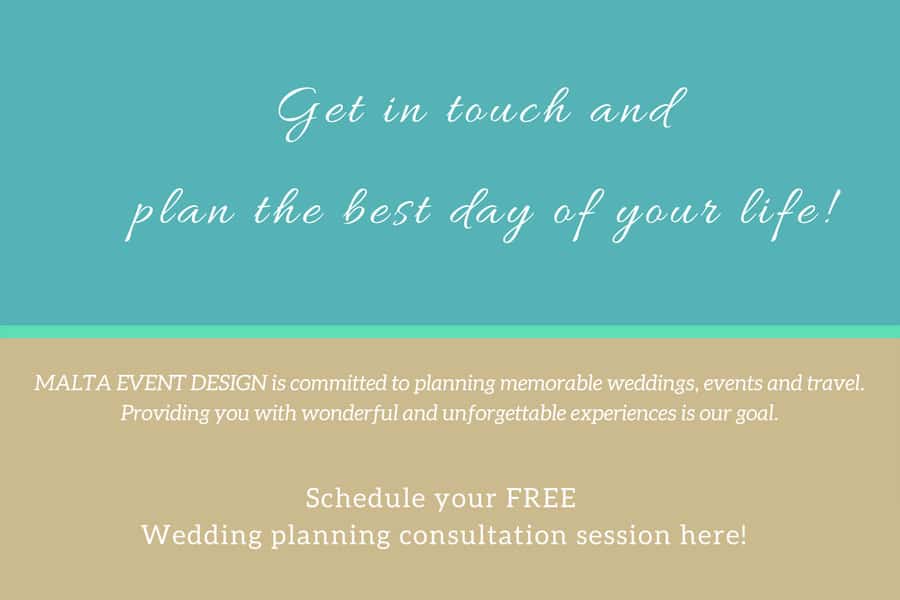