This is how to add a Mediterranean twist to the wedding menu; the delicacy of irkotta.

0
Fulfilling the magic of your dreams
19 May 2017
Culture
This is how to add a Mediterranean twist to the wedding menu; the delicacy of irkotta.
May 12, 2017 by MALTA EVENT DESIGN in Culture

Malta is not only sand and sea, but it is also culinary traditions. Then, what about experiencing the traditional artisan way of producing irkotta, one of the most traditional Maltese specialties?

During the centuries, the locals of Kirkop, a small village in the south of Malta, used to cook the milk of sheep and goats to produce this soft cheese. In fact, Kirkop is famous for its Irkotta Fest. This is a mouthwatering festival which takes place every year and attracts a large number of people.

During the festival, you can have the opportunity to indulge in the delights of the dishes prepared by the villagers, such as qassatat, pastizzi, pies, soups, pasta and kannoli.

In addition, the festa decorations all around the village and the live entertainment (e.g. the traditional folk singing għana) will contribute to enhancing the atmosphere of the festival, making it more appealing to the visitors.

Contrasting the Old with the New

The festival aims to show traditional methods of irkotta production in contrast with the modern ones. During your visit, you will have the opportunity to take a guided tour of a modern dairy farm, where you can learn how to milk cows and witness the making of irkotta in the traditional way. The villagers will show their skills to revive the artisan production of this traditional soft cheese throughout the centuries.

If you love cheese and particularly irkotta, you should spend a visit to Kirkop for the festival. This will be a great opportunity for you to get an insight into its diverse methods of production.

In fact, the irkotta is a type of  Mediterranean food which can be easily adapted according to your tastes. For this reason, it can be part of a wedding menu. It can be served as it is or can be utilised to prepare various delicacies besides the traditional pastizzi, qassatat, ravjul and kannoli.

For example, do you like pasta with irkotta and spinach or salmon? Have you ever tasted irkotta patties and the Sicilian Ricotta Infornata?

What about sweets? Do you know that irkotta is the main ingredient to prepare the traditional Cassata Siciliana and the Pastiera Napoletana? These are also delicious specialties of the local gastronomical tradition due to the Mediterranean cultural identity of Malta.

If you are planning your wedding and you also like this tasty Mediterranean soft cheese, then the irkotta-made delicacies should be part of your wedding menu.

Visit the Irkotta Fest in Kirkop, taste its main specialties and get the inspiration to your wedding menu! 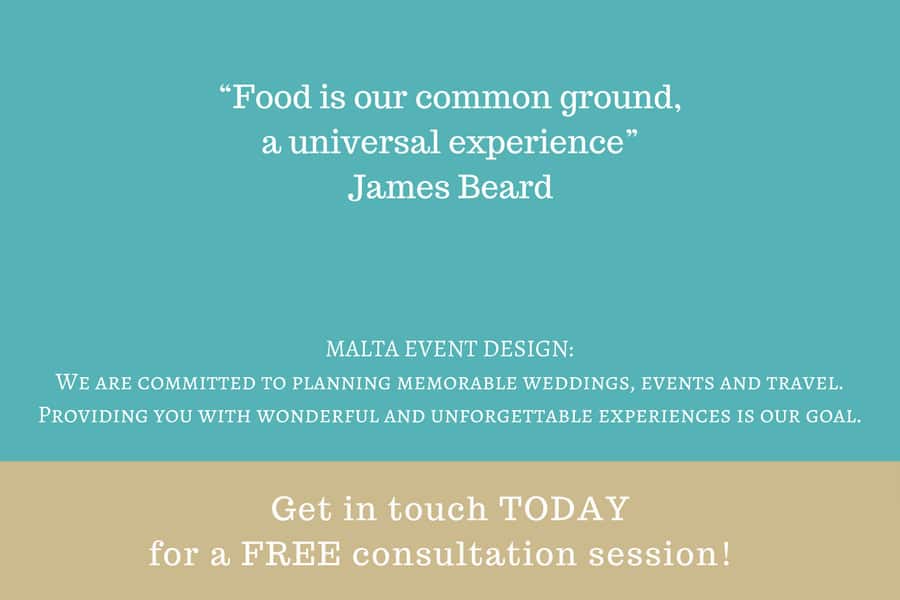